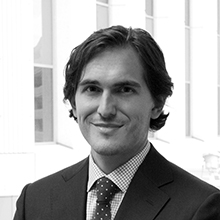 Brandon Brouillette is a senior counsel with Capstone Law, where his practice focuses on representing employees and consumers in complex litigation, primarily wage-and-hour class actions and PAGA representative actions. Brandon’s entire legal career has been devoted to representing individual and class representative plaintiffs against large corporate entities. Prior to joining Capstone, Brandon served as an associate at Boucher LLP where he managed the firm’s wage-and-hour class actions. Brandon earned his Juris Doctor from Loyola Law School, Los Angeles, where he spent a summer interning for the legal clearance and corporate legal departments at Warner Bros. He received his undergraduate degree from the University of Southern California, where he majored in Business Administration and spent a semester abroad in Budapest, Hungary. Brandon is admitted to practice in California and before the United States District Court for the Northern and Central Districts of California. In 2016, Brandon was selected as one of Super Lawyers’ “Rising Stars” in Southern California.