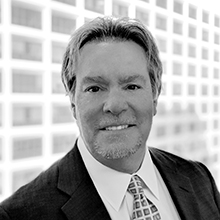 Mark Ozzello is a senior counsel with Capstone Law, where he leads one of the firm’s employment litigation teams. He is a nationally recognized and respected consumer and employment attorney who has litigated those issues throughout the country. Mark has always been at the forefront of consumer rights, sitting on the Board of Governors for the Consumer Attorneys of California and regularly appearing as a featured speaker on consumer rights issues nationwide.

Mark is a former partner of Arias Ozzello & Gignac and, most recently, was Of Counsel to Markun Zusman Freniere & Compton, LLP. In his capacity as a litigator, he has obtained results for his clients in excess of $200 million dollars. Mark has also achieved consistent success in the California Courts of Appeal, and several judicial opinions regularly cite to his matters as authority for class certification issues. He has also argued appellate issues in several Circuit Courts of Appeals with great success. Mark attended Pepperdine University School of Law where he was an Editor to the Law Review, publishing several articles during his tenure in that capacity. He received his undergraduate degree from Georgetown University.

Mark has always strived to be an integral part of local communities. He has established educational scholarship programs at several charitable organizations, including El Centro De Amistad in Los Angeles and St. Bonaventure Indian Mission and School in Thoreau, New Mexico, and presides over a legal clinic in Los Angeles which provides pro bono legal assistance to non-English speaking individuals. Mark is admitted to practice in California and before the United States District Court for the Northern, Eastern, Central, and Southern Districts of California and the United States Court of Appeals for the Eighth and Ninth Circuits.