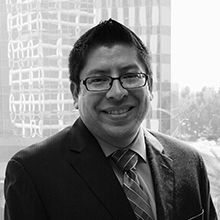 Anthony Castillo is a senior counsel with Capstone Law. His practice focuses on analyzing and developing pre-litigation wage-and-hour and consumer claims, including PAGA representative actions and class actions for failure to pay overtime and minimum wages, meal and rest period violations, and claims under the Fair Labor Standards Act and the Investigative Consumer Reporting Agency Act.

Prior to joining Capstone, Anthony was an associate at a California bankruptcy practice, where he represented individual and business debtors in liquidations and re-organizations as well as various debt and foreclosure defense-related issues. Anthony graduated from Loyola Law School, Los Angeles. Before attending law school, Anthony worked in network operations for several years for a major internet service provider. He received his undergraduate degree from Stanford University.

Anthony is admitted to practice law in California and Washington and before the United States District Court for the Central and Southern Districts of California. He is an active member of the Los Angeles County Bar Association.