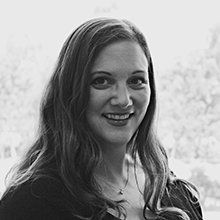 Bevin Allen Pike is a partner with Capstone Law, where she leads one of the firm’s employment litigation teams. Bevin has spent her entire legal career representing consumers and employees in class actions stemming from a wide range of unfair and unlawful business practices, consumer fraud, and wage-and-hour violations. Over the course of her career, Bevin has successfully certified dozens of employee and consumer classes for claims such as false advertising, violations of the Consumers Legal Remedies Act, unpaid overtime, and off-the-clock work.

Before joining Capstone, Bevin’s experience included class and representative action work on behalf of employees and consumers at some of the leading plaintiffs’ firms in California. Bevin graduated from Loyola Law School, Los Angeles, where she was an Editor for the International and Comparative Law Review. She received her undergraduate degree from the University of Southern California.