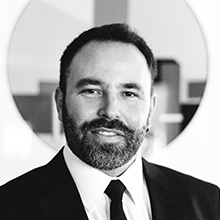 Daniel Jonathan is a senior counsel at Capstone Law. His practice primarily involves wage-and-hour class actions and PAGA litigation on behalf of employees for the failure to pay overtime and minimum wages, failure to provide meal and rest breaks, claims under the Fair Labor Standards Act, and other California Labor Code violations.

Daniel is admitted to practice law in California and before the United States District Court for the Central District of California.