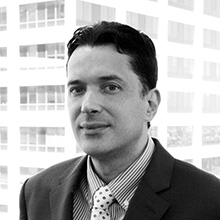 Eduardo Santos is a senior counsel at Capstone Law. He concentrates his practice on managing and obtaining court approval of many of Capstone’s wage-and-hour, consumer, and PAGA settlements, from the initial contract drafting phase to motion practice, including contested motion practice on attorneys’ fees. Over the course of his career, Eduardo has helped to secure court approval of over one hundred high-stakes class and representative action settlements totaling over $100 million.

Before joining Capstone, Eduardo began his career at a prominent plaintiff’s firm in Los Angeles specializing in mass torts litigation, with a focus on complex pharmaceutical cases. Most notably, he was involved in the national Vioxx settlement, which secured a total of $4.85 billion for thousands of individuals with claims of injuries caused by taking Vioxx. Eduardo graduated from Loyola Law School, Los Angeles, where he was a recipient of a full-tuition scholarship awarded in recognition of academic excellence. While in law school, Eduardo served as an extern for the Honorable Thomas L. Willhite, Jr. of the California Court of Appeal. He graduated magna cum laude from UCLA and was a recipient of the Ralph J. Bunche Scholarship for academic achievement.

Eduardo is admitted to practice law in California and before the United States District Court for the Northern, Eastern, Central, and Southern Districts of California.