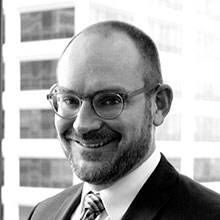 John Stobart is a senior counsel with Capstone Law. His practice focuses on representing employees and consumers in complex litigation, primarily wage-and-hour class actions and PAGA representative actions. He has significant complex and long-cause trial experience gained through an entire career dedicated to litigation. John is also a Certified Specialist in Appellate Law, as designated by the State Bar of California, and has extensive experience, having drafted over two dozen writs, petitions, and appeals. His appellate experience includes amicus work in the California Supreme Court on behalf of Bet Tzedek on Kim v. Reins, 9 Cal.5th 73, and the 2019 Daily Journal Reversal of the Year Award for his work in the Ninth Circuit on Nguyen v. Nissan N.A., No. 18-16344 (9th Cir. 2019).