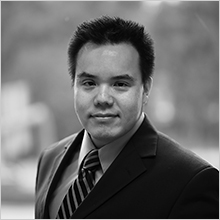 Before his work at Capstone representing plaintiffs in class and representative actions, Jonathan represented employers and insurance companies in California workers’ compensation administrative actions. Jonathan graduated from Pepperdine University School of Law, where he served as an editor for the Journal of Business, Entrepreneurship and the Law. He is the author of Piracy by Plastic: Why the Ninth Circuit Should Have Held Credit Cards Liable for Secondary Copyright Infringement, which earned the Janet E. Kerr Achievement Award for 2008. Jonathan received his undergraduate degree from the University of California, Los Angeles.

Jonathan is admitted to practice in California and before the United States District Courts for the Northern, Eastern, Central, and Southern Districts of California.