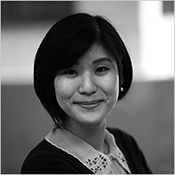 Prior to joining Capstone, Mao was an associate at a California lemon law firm, where she represented consumers in Song-Beverly, Magnuson-Moss, and fraud actions against automobile manufacturers and dealerships. Mao graduated from Loyola Law School, Los Angeles, where she served as a staff member of Loyola of Los Angeles Law Review. She earned her undergraduate degree from the University of Southern California, where she majored in Business Administration, with an emphasis in Cinema-Television and Finance.

Mao is admitted to practice law in California.