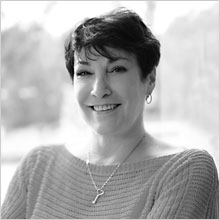 Melissa Grant is a partner and lead trial attorney at Capstone Law. Melissa is responsible for litigating many of the firm’s most contentious and high-stakes class actions and PAGA cases. The author of numerous successful motions for class certification, Melissa is the lead or co-lead attorney on numerous certified class actions currently on track for trial, representing over hundreds of thousands of California employees in pursuit of their wage and hour claims. She is also at the forefront in developing the law on the California Labor Code’s Private Attorneys General Act (PAGA), including administrative exhaustion, the scope of discovery, manageability, and PAGA trial plans. Recently, Melissa has taken two PAGA cases to trial and worked on several key PAGA appellate decisions, including Williams v. Superior Court (Marshalls of CA LLC), 3 Cal.5th 531 (2017). Melissa also represented the plaintiff in Davidson v. Seterus, Inc., 21 Cal. App. 5th 283 (2018), which, in a case of first impression, found that the Defendant, a mortgage servicer, was a debt collector under California’s Rosenthal Fair Debt Collection Practices Act. The case led to enactment of legislation that expressly includes “mortgage debt” within the Rosenthal Act’s definition of “consumer credit” and amends the Rosenthal Act to expressly apply to debt collection activities involving residential mortgage loans.

Melissa began her legal career as a law clerk for the Honorable Harry Pregerson, Justice, Ninth Circuit Court of Appeals. Thereafter, she was an associate with Sidley Austin LLP, where she represented Fortune 500 companies in commercial litigation and consumer class actions. Before joining Capstone, Melissa was a Senior Associate with Quinn Emanuel Trial Attorneys, where she was on the trial team that prosecuted Mattel v. Bratz (I), and a staff attorney in the Enforcement Division of the Securities and Exchange Commission, investigating ongoing violations of federal securities regulations and statutes. Melissa graduated summa cum laude and first in her class from Southwestern Law School in 1999, where she served as editor-in-chief of the Law Review. She earned her undergraduate degree from Cornell University’s College of Arts & Sciences, where she received the JFK Public Service Award and the Outstanding Senior Award (graduating class of 4,000 students).

Melissa is admitted to practice law in California and before the United States District Court for the Northern, Eastern, Central, and Southern Districts of California and the United States Court of Appeals for the Ninth Circuit. Melissa has been a panelist and speaker on PAGA actions and wage-and-hour class actions at various annual and biannual California Bar Association, California Law Association, and Bridgeport Continuing Education conferences. Her published articles include: Battling for ERISA Benefits in the Ninth Circuit: Overcoming Abuse of Discretion Review, 28 Sw. U. L. Rev. 93 (1998), and CLE Class Actions Conference (SF) CAFA: Early Decisions on Commencement and Removal of Actions (2006). Melissa is a member of the Los Angeles County Women Lawyers Association of Los Angeles, the Consumer Attorneys Association of Los Angeles (CAALA), and the Consumer Attorneys of California. She currently serves on the Los Angeles County Bar Association’s President’s Commission on Women in the Legal Profession, the Subcommittee on Gender Bias and Civility, and the Amicus Subcommittee, and previously served on the Judicial Appointments Subcommittee. Melissa has a long history forming and running grassroots Democratic organizations. She is currently President of the Grassroots Democrats HQ, whose 5,000 volunteers in 2018 helped flip seven California Congressional seats, and whose 10,000 volunteers in 2020 helped flip the Senate and elect President Joe Biden and Vice President Kamala Harris. She is also President Emeritus of the Pacific Palisades Democratic Club, after having served as the its President for seven years. Melissa is also a 50th Assembly District Delegate to the California Democratic Party. Melissa has been selected as a Class Action/Mass Torts “Super Lawyer” in 2022.