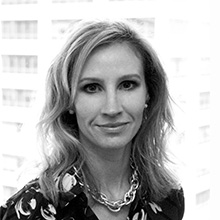 Molly DeSario is a senior counsel with Capstone Law, specializing in employment class action litigation. Molly’s practice focuses primarily on wage-and-hour class action and Private Attorneys General Act litigation on behalf of employees for failure to pay overtime and minimum wages, provide meal and rest breaks, and provide compensation for off-the-clock work. Molly has experience briefing and arguing a multitude of dispositive motions in state and federal court and has successfully certified and settled numerous classes for claims such as exempt misclassifications, unpaid wages, missed meal and rest breaks, and unreimbursed business expenses.

Molly began her career as a general practice litigation associate with Sandler & Mercer in Rockville, Maryland, handling a wide range of civil and criminal matters. Since 2005, Molly has primarily litigated class action cases and, for the last seven years, has focused on representing employees and consumers in class and collective actions across California and the nation, helping them recover millions of dollars in unpaid wages, restitution, and penalties. Molly graduated from Northeastern University School of Law in 2002. During law school, she interned for the U.S Attorney’s Office in Boston, Massachusetts, and the Honorable Paul L. Friedman at the U.S. District Court for the District of Columbia. She received her undergraduate degree in Marketing and International Business from the University of Cincinnati, where she graduated summa cum laude.