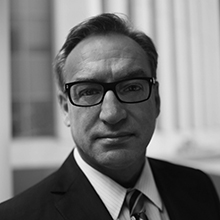 Robert Drexler is a partner with Capstone Law where he leads one of the firm’s litigation teams prosecuting wage-and-hour class actions. Bob has more than 25 years of experience representing clients in wage-and-hour and consumer rights class actions and other complex litigation in state and federal courts. Over the course of his career, Bob has successfully certified dozens of employee classes for claims such as misclassification, meal and rest breaks, and off-the-clock work, ultimately resulting in multi-million dollar settlements. He has also arbitrated and tried wage-and-hour and complex insurance cases.

Bob is admitted to practice law in California and Ohio and before the United States District Court for the Northern, Eastern, Central, and Southern Districts of California and the United States Court of Appeals for the Ninth Circuit. He is a member of Consumer Attorneys of California (CAOC) and Consumer Attorneys Association of Los Angeles (CAALA). Bob has been a featured speaker at class action and employment litigation seminars, has published articles in CAOC’s Forum Magazine and The Daily Journal, and has been selected as one of Southern California’s “Super Lawyers” every year from 2009 through 2018.