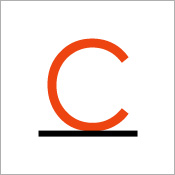 Roxanna Tabatabaeepour is a senior counsel with Capstone Law. Her practice primarily involves representing employees in class actions and representative actions for various violations of the California Labor Code.

Before joining Capstone, Roxanna’s experience included representing workers in single-plaintiff and class/representative action lawsuits regarding wage-and-hour violations, as well as individual claims for discrimination, retaliation, failure to accommodate, harassment, and wrongful termination, under both California and federal laws. Roxanna received her undergraduate degrees from the University of California San Diego. She subsequently graduated from the American University, Washington College of Law, where she was a Marshall-Brennan Constitutional Literacy Fellow and taught Constitutional Literacy to teens in marginalized communities.

Roxanna is admitted to practice in California and before the United States District Court for the Northern, Eastern, Central, and Southern Districts of California.