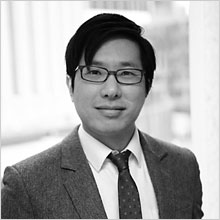 Ryan currently serves on the Committee for Appellate Courts for the California Lawyers Association (CLA). He is an editor for the CLA’s Litigation Update, and his work has been published by the California Labor & Employment Review, California Litigation Review (pending), and Daily Journal. He is regularly invited to present at programs for continuing legal education. Ryan graduated from the University of Michigan Law School in 2001, where he was an associate editor of the Michigan Journal of Law Reform and contributor to the law school newspaper. He received his undergraduate degree in political science with honors from the University of California, Berkeley.

Ryan is a Certified Specialist in Appellate Law, one of approximately 350 such specialists certified by the State Bar of California. He is admitted to practice law in California and before the United States District Court for the Northern, Eastern, Central, and Southern Districts of California, the United States Court of Appeals for the Third and Ninth Circuits, and the United States Supreme Court. He is fluent in Mandarin Chinese.