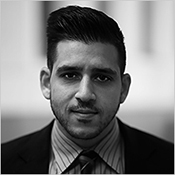 Tarek Zohdy is a senior counsel with Capstone Law. Tarek litigates consumer class actions with an emphasis on automobiles and their components with design, manufacturing or workmanship defects. As the head of the consumer practice at Capstone, he has investigated, developed, and litigated several large-scale automotive class actions alleging consumer fraud, as well as both federal and state breach of warranty claims. Along with the firm’s car defect litigation team, Tarek’s work has resulted in numerous nationwide high-profile settlements that have provided relief to millions of defrauded car owners.

Before joining Capstone, Tarek spent several years representing individual consumers in their actions against automobile manufacturers and dealerships for breaches of express and implied warranties pursuant to the Song-Beverly Consumer Warranty Act and the Magnuson-Moss Warranty Act, commonly referred to as the “Lemon Law.” He also handled fraudulent misrepresentation and omission cases pursuant to the Consumers Legal Remedies Act. Tarek graduated from Louisiana State University magna cum laude in 2003 with a degree in International Relations. He went on to graduate from Boston University School of Law in 2006, where he was a member of the criminal clinic representing underprivileged criminal defendants.